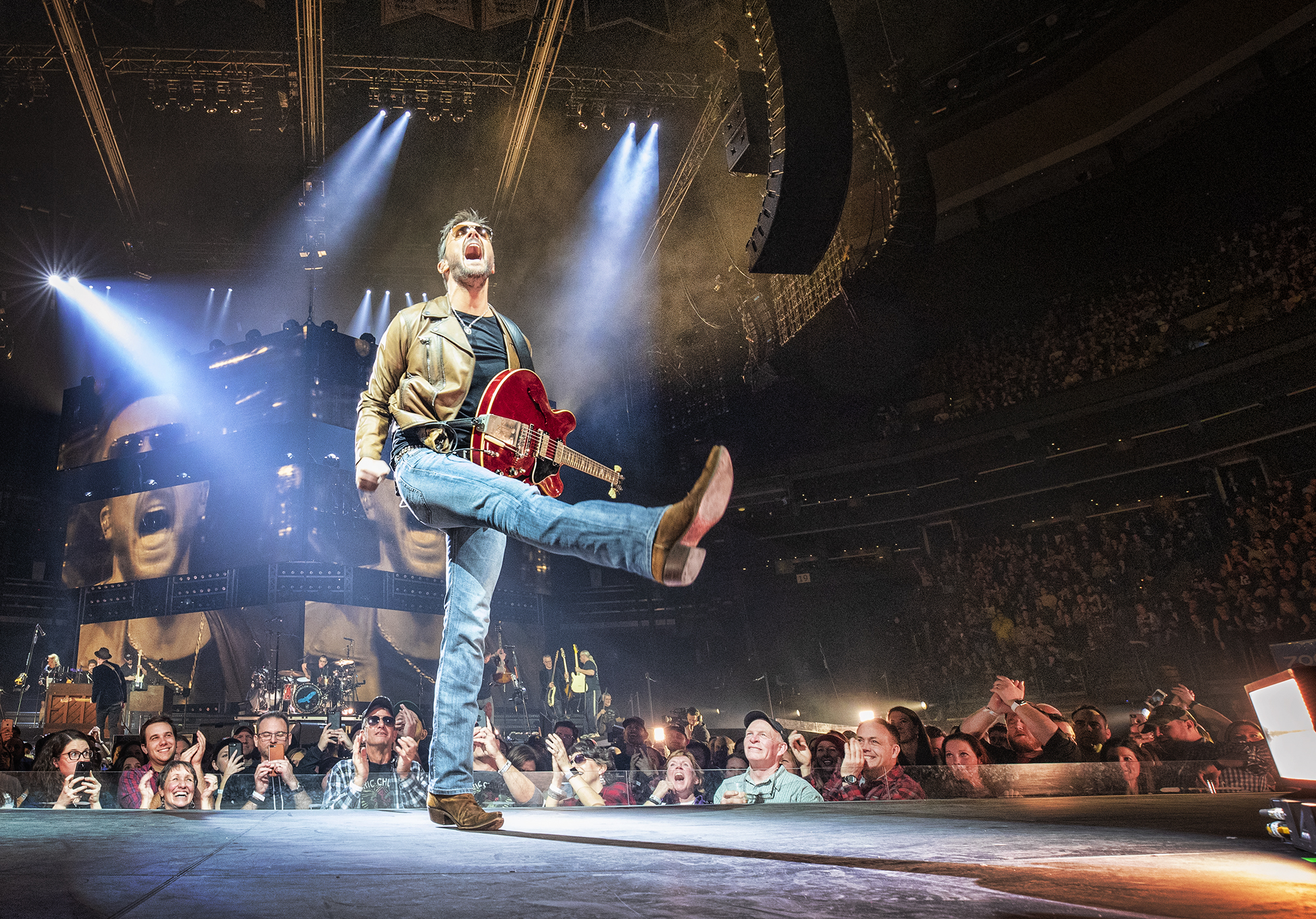 Hey everybody, it’s Eric Church back for the seventieth episode of “Outsiders Radio.”  I hope you had a Merry Christmas.  Of course the best gift we could get is for this year to end, and the new year to be virus free…so we can get back to some sort of normal.  But don’t overlook the blessings that are here now.

What a year! For me, 2020 began with a burst of creativity…writing 28 songs in 28 days. In a way, it was our quarantine BEFORE the quarantine.  It was an amazing experience that I shared with some great songwriters.  Casey Beathard was a big part of that experience, co-writing THAT song: Doing Life With Me, as well as our latest single.

This week between Christmas and New Years is a great time to look back, and remember some of the highs and lows of the year that’s ending.  One of the first big music events of the year was the Grammy Awards.  It was a night of legendary wins, as Tanya Tucker won her first Grammy Awards of her long career.

Tanya: "It's just been an amazing journey. I mean, almost 50 years in this business, and still a few firsts left. You know, you just never give up your dream. But this one here [points to Brandi Carlile], God kicked off a cloud. This is the reason right here."

Tanya Tucker began 2020 with a couple of Grammy Awards.  She had hoped to follow that big night with a trip to London and her debut performance at the Country 2 Country festival.  A lot of us thought the same thing.  I expected to headline one night, Luke Combs was going to do another, with Darius Rucker looking forward to making a return trip.

Darius: I love C2C, I got to play the first one, and the crowds, every show was sold out, the crowds are huge, we’re playing country music in the middle of the UK, and I plan to go back because you realize there’s so much happening there with country music, and I wanna be a part of that.

Unfortunately, none of it happened…we were on our way to the airport when we got the news that Country 2 Country had been canceled.  Same with Darius Rucker.  There would be no “come back” in 2020.

With any luck, the wagons will return to Country 2 Country in the new year.  Darius, Luke Combs, and I are all booked (as of now) for the three day festival in mid-March.  I really hope it happens.  As we continue our look back at 2020, one of the highlights was the April release of Ashley McBryde’s sophomore album “Never Will.”  Here’s what was happening in Ashley’s world last year as she was about to release her album:

Ashley: Well we’re still in the wake of the tornadoes that just ravaged Nashville, and to make matters worse, the coronavirus is becoming a real problem, so we’re all self-quarantining to our homes, trying to keep everybody healthy. So now you’re looking at a whole city of creative songwriters and musicians sitting in their homes, which is a really good time to listen to music.

A couple tracks from Ashley McBryde’s Grammy nominated second album “Never Will.”  A reminder that the 63rd annual Grammy Awards are scheduled to take place on Sunday January 31st, broadcast live on CBS.  While we’re on the subject, we’re honored to say that THIS song is nominated in the category of Best Country Solo Performance.

That song was released in June of 2020.  It was the last song we recorded during our 28 days in North Carolina last January.  The song made for some memorable moments, including when we performed it in an empty Ryman Auditorium for the ACM Awards last September.  This year’s ACMs marked the first time Maren Morris won Female Artist of the Year. She was a bit overwhelmed afterwards speaking with the media.

Maren: I’m in shock still, I feel like the female vocalist is so monumental, the women that have went before me and won this award. That’s who I should have thanks, I completely brain farted on that one, I was like did I miss anyone? All the women who came before me, Thank you. I am so inspired by every woman, I’m friends with all the women in that category, I know how much we uplift and support each other. So it just feels amazing to walk away with that.

That song by Maren Morris won CMA Single & Song of the Year last month.  She also won her first-ever CMA Female Vocalist Award.  As far as Male Vocal, that was won by my buddy Luke Combs, who also won Album of the Year.

Combs: I got to be with my wife and hang out with other artists which was amazing, and just to feel that sense of community, and feel like maybe we’re turning a corner maybe on this thing, and making progress on how we can all be together was incredible, to get to play with my band was amazing, and to win some awards is always incredible, something I’m thankful for, so I’m thankful for a great night, great friends, and great country music.

There were a lot of great moments at last month’s CMA Awards.  It definitely meant a lot to take home Entertainer of the Year.  It’s one I dedicate to all of you as well as everyone on my team.  There was one moment a lot of us will never forget.  That was watching Charley Pride sing Kiss An Angel Good Morning.  While it was great that we were able to be in that room and share that experience, it was also so sad to know we’ll never be able to have it again.  Charley was yet another victim of the same virus that has robbed all of us of the live music we enjoy hearing.  So as we leave you for this month and this year, let’s all remember the man who meant so much to so many people, and hear the song that’ll carry his voice forever.  See you all next time on Outsiders Radio.