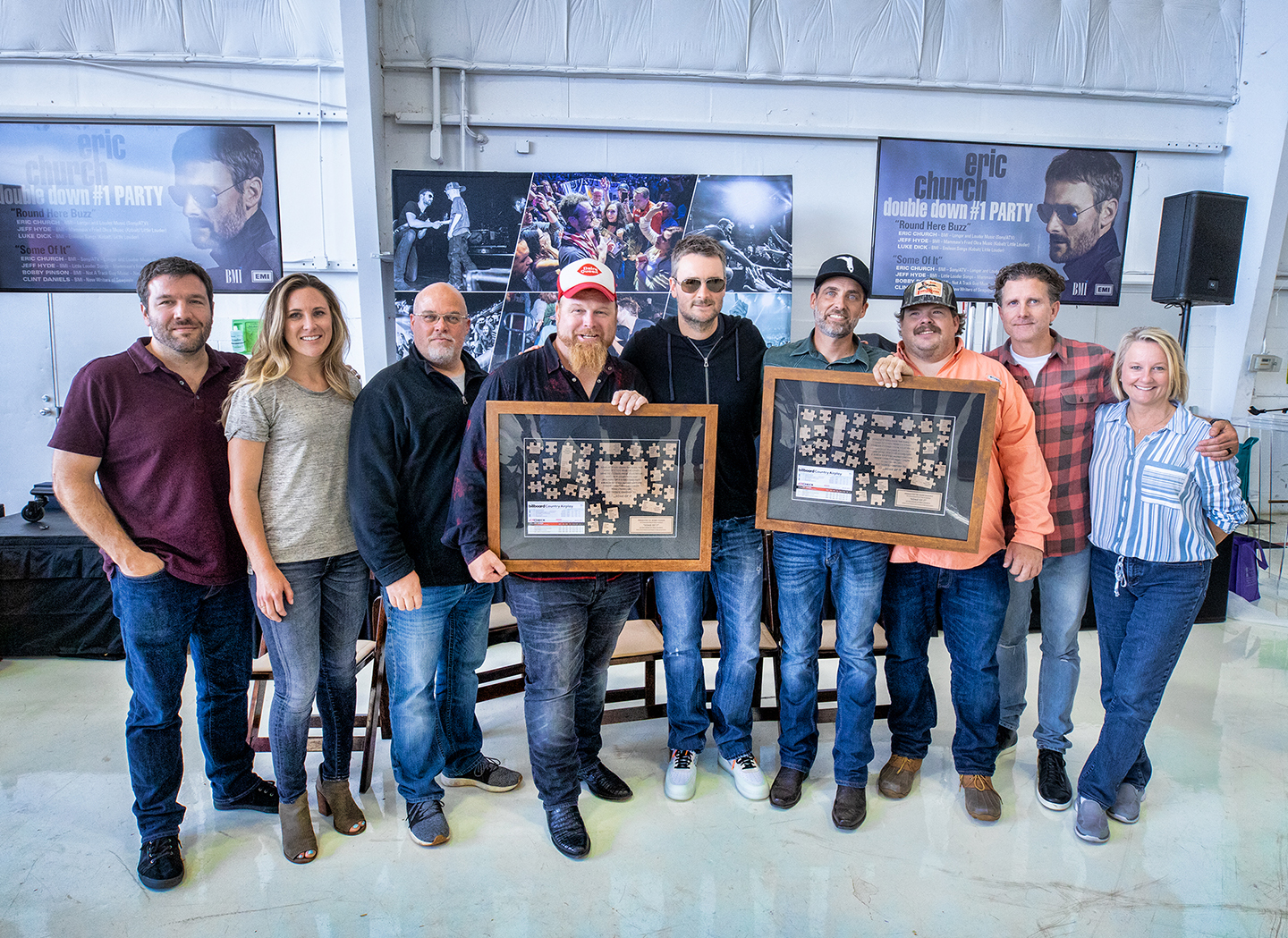 Eric Church Doubles Down With Celebration of No. 1 Songs “Round Here Buzz” & “Some Of It”

ERIC CHURCH DOUBLES DOWN WITH CELEBRATION OF NO. 1 SONGS “ROUND HERE BUZZ” & “SOME OF IT” 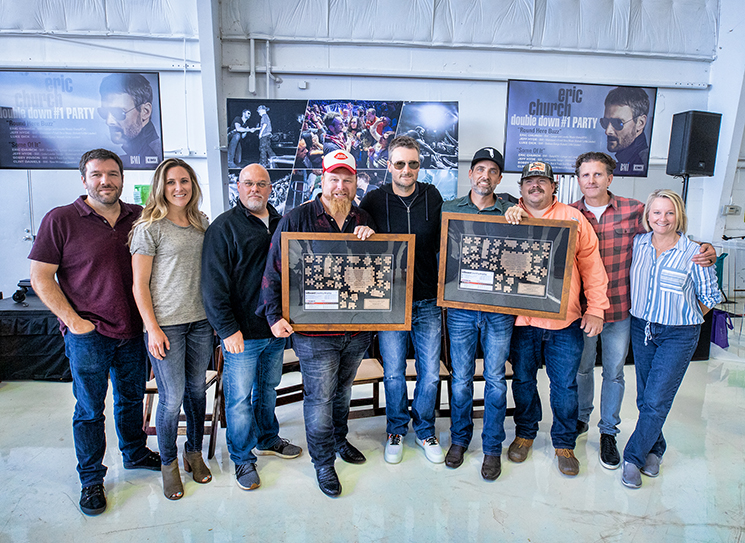 NASHVILLE, Tenn. – “You’re the closest thing to Merle Haggard we will ever know,” proclaimed “Some Of It” co-writer Clint Daniels, embodying the overwhelming sense of reverence in the room for current CMA Entertainer of the Year nominee Eric Church as he joined his team of BMI co-writers in celebration of his two most recent No. 1 singles.

Church greeted a full house flanked by two jets and Desperate Man road cases at an aircraft hangar on the outskirts of Nashville, a nod to both the film location of his “Desperate Man” music video as well as the cover image on the album from which the title track takes its name, a current nominee in the prestigious CMA Album of the Year category and already honored as one of 2018’s best by American Songwriter, Billboard, Entertainment Weekly, Esquire, Los Angeles Times, NPR, Rolling Stone, USA Today, Variety and Vulture, among others.

Taking note from his critically-acclaimed and chart-topping Double Down Tour, Church chose to double down with the No. 1 celebration hosted by BMI, first recognizing his most recent chart-topper “Some Of It,” the reflective track off Desperate Man written by Church and Daniels together with Jeff Hyde and Bobby Pinson, which was applauded by Esquire as “an open-hearted look at life’s hard-won lessons [that] is as easy as easy-listening comes.” The party also celebrated “Round Here Buzz,” the Platinum-certified hit written by Church and Hyde along with Luke Dick which Rolling Stone praised as “prettily elegiac.”

“He is one of the best songwriters this town’s ever seen and will ever see,” declared SeaGayle Music’s JD Groover as the celebratory toasts began, with Sony ATV’s Josh Van Valkenburg speaking directly to Church to note, “As an entertainer, you continue to change the world. You’re out there doing things that nobody else is even thinking about doing until you get out there and do it. And then as a songwriter, which is why we’re here to celebrate you today, I think you’re transcendent. I don’t care when these songs were written, I think they’d be special. I think they’d matter.”

Perhaps the most evident way to see how much they truly do matter was with the video compilation played at the celebration, featuring a who’s who of Nashville artists thanking Church for inspiring them to chase a musical dream and for pushing them to be better every time they step on stage.

Featuring artists from Kenny Chesney to Tim McGraw, Maren Morris, Thomas Rhett, Luke Combs, Ray Wylie Hubbard and more, each spoke with passion about their respect for Church and the music he creates.

“The thing I’ve always admired about Eric is the truth in his calling… He’s non-categorizable,” explained Keith Urban, whose current single “We Were” was penned by Church. “Record to record, he’s gonna infuse whatever is speaking to him at any given time into what he’s doing, but his narrative as a writer and his voice is the through line for me. Everything I hear of his, that rock-steady Northern Star that connects all the different experiments that he has in record making is great songs... They should all go number one, Eric.”

“That video was something I’m not ready to address yet,” said Church, his voice faltering and emotion evident in his face as he returned to the stage. “That was one of the coolest things – no, that’s about the coolest thing I’ve been a part of… My intention was always just to try to make great music, write great songs. And to see it matter is really something.”

“But I will say this after seeing the video; I’m not done. I’m not retiring. I’m not dying… I look forward to kicking their asses every night on stage,” he concluded with a smirk.