NASHVILLE, Tenn. – As critical acclaim for Eric Church’s new triple album Heart & Soul continues to roll in, the 10-time GRAMMY nominee is also making waves atop the Billboard charts. Not only does the reigning CMA Entertainer of the Year replace himself atop the all-genre Top Album Sales chart, as Soul takes over the No. 1 spot following Heart’s chart-topping debut last week, he also continues to occupy three of the Top 10 spots with the expansive project: Heart at No. 9, the fan-club exclusive & at No. 3 and Soul at No. 1.

In addition, Church sits atop the all-genre Billboard Artist 100 chart while also becoming the first country artist to simultaneously occupy the top two spots on the Billboard Vinyl Albums chart since its inception in 2011, with Souland & at No. 1 and 2 respectively. Meanwhile at radio, his current single “Hell Of A View” off the Soul album also enters the Top 5 on the Mediabase chart.

The ambitious triple project has received glowing reviews from fans and critics alike, with Variety celebrating Church as “a flexible, emotional singer whose songwriting and curatorial skills go beyond country’s current crop of boys-own crooners, with an experimental edge, but without forgetting its traditions” while Rolling Stone praises the “urgent, seat-of-your-pants records,” noting that “the Nashville maverick delivers his biggest, boldest statement.”

“The albums feature some of the most liberating and freewheeling work of the 44-year-old country star’s career,” adds Entertainment Weekly, reflecting that “the three-part project also reflects the lightning-in-a-bottle energy of the sessions that made it.”

Church also plans to take that energy to the road this fall for his appropriately titled The Gather Again Tour. As part of what Billboard described as “Church’s crusade to get fans vaccinated – and bring concerts back,” he has planned a 55-city run of full-capacity arena dates through the U.S. and Canada, kicking off this September in Lexington, Ky. and wrapping in May 2022 at New York City’s iconic Madison Square Garden. Church Choir pre-sales begin tomorrow, May 4, with tickets on sale to the general public beginning this Friday, May 7. A full list of dates is available HERE.

About Eric Church
Reigning CMA Entertainer of the Year and 10-time GRAMMY nominee Eric Church has spent the past year-plus releasing new music at a relentless pace; providing a glimpse into the marathon session during which he spent nearly a month writing and recording a song per day – including current Top 5 single “Hell of a View” – while sequestered in rural North Carolina. The resulting project, his critically acclaimed new triple album, Heart & Soul, is available now.

Just as unique as Church’s approach to recording and releasing music is his tenacity on the road. During his most recent outing, 2019’s Double Down Tour, Church played back-to-back nights of two unique shows in each market sans opening act, giving every city’s fans six-plus hours of his iconic music. The tour also featured a massive stop at Nissan Stadium in Nashville, where he broke the venue’s concert attendance record with more than 56,000 fans in attendance and became the first artist to sell out the venue with a solo lineup. Church also took to the field at Tampa Bay’s Raymond James Stadium on Sunday, February 7 to perform the National Anthem with R&B star Jazmine Sullivan ahead of Super Bowl LV and will return to the road for The Gather Again Tour this fall.

A seven-time ACM Award winner, four-time CMA Award winner, and 10-time GRAMMY nominee, Church has amassed a passionate fanbase around the globe known as the Church Choir as well as a critically acclaimed catalog of music. His previous album, Desperate Man, earned a GRAMMY nomination for Best Country Album (his third nod in the category) and produced his most recent No. 1 hit, “Some Of It.” Additional releases include the Platinum-certified Sinners Like Me (“How ’Bout You,” “Guys Like Me”), Carolina (“Smoke a Little Smoke,” “Love Your Love the Most”) and Mr. Misunderstood (“Record Year,” “Round Here Buzz”), the Double-Platinum certified The Outsiders (“Like a Wrecking Ball,” “Talladega”) and the 3x Platinum-certified Chief (“Springsteen,” “Drink In My Hand”), as well as 22 Gold, Platinum and multi-Platinum certified singles. 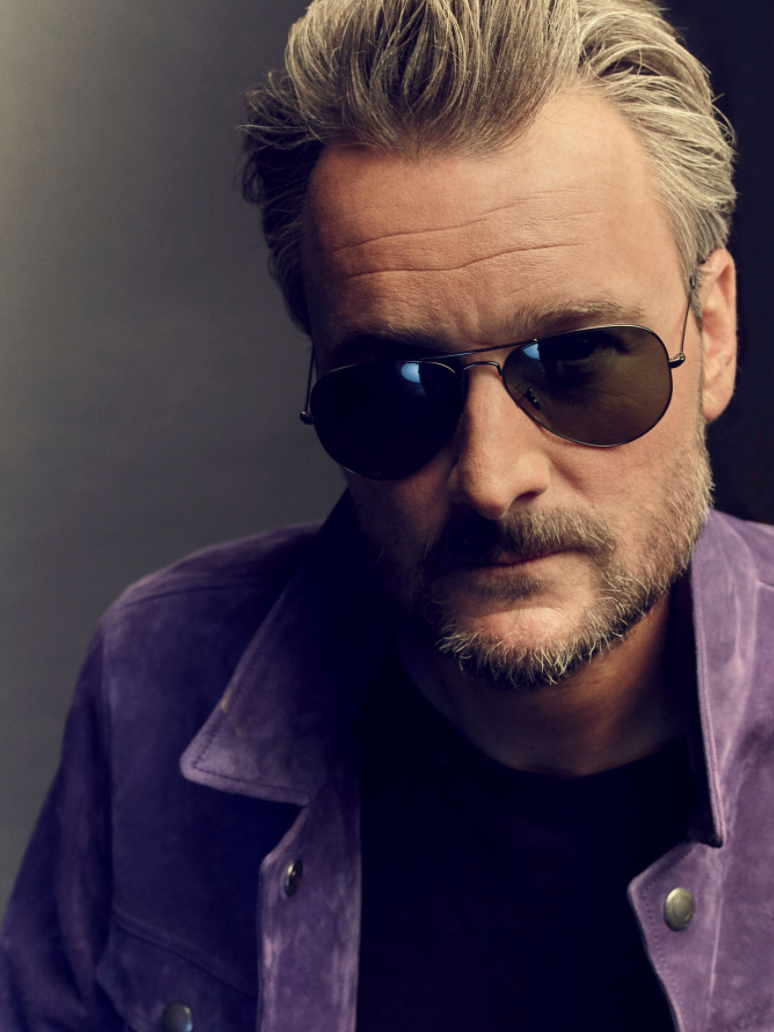