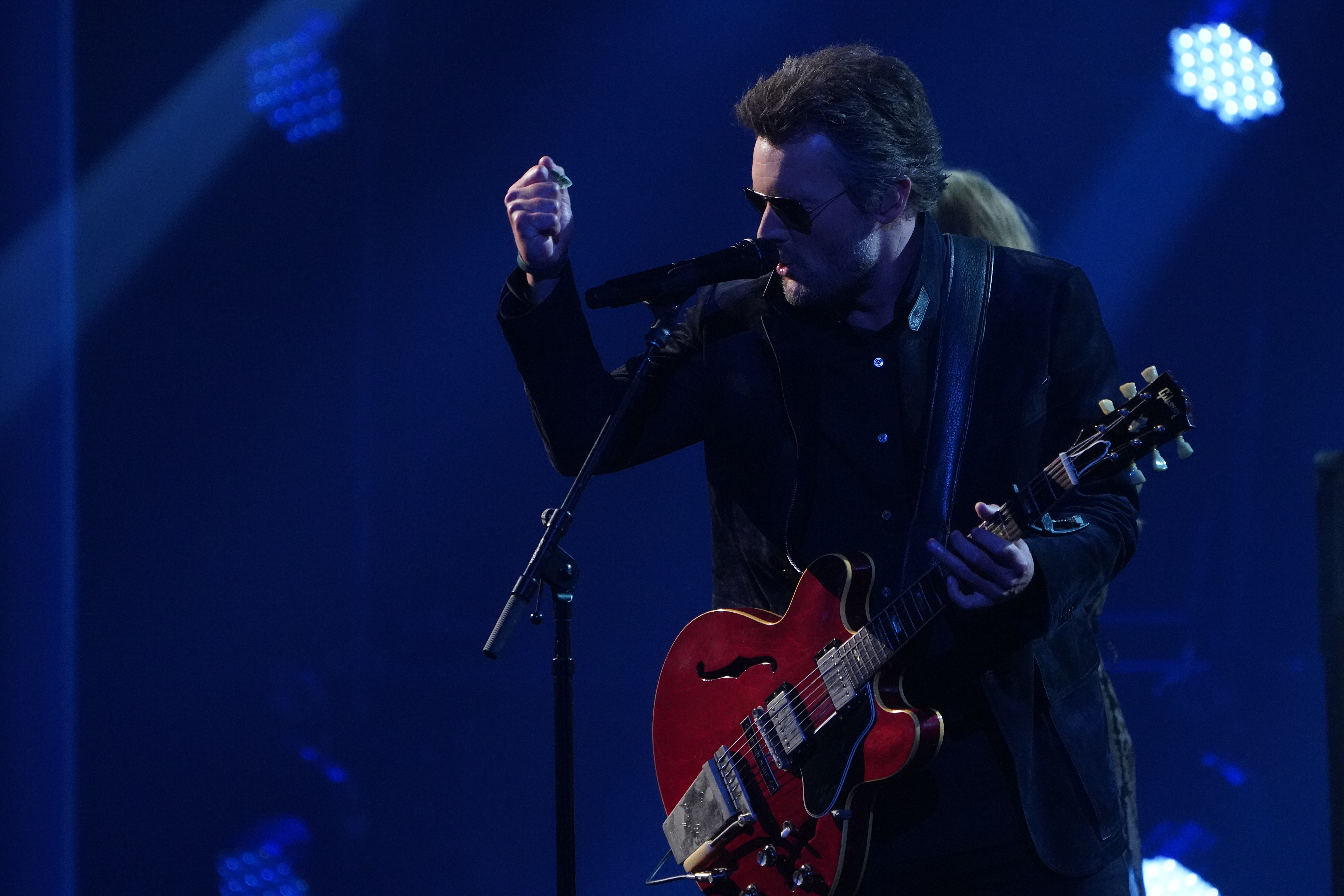 NASHVILLE, Tenn. – In a year unlike any other, it’s fitting that the 54th annual CMA Awards culminated with the genre’s dark horse Eric Church earning the title of Entertainer of the Year.“If there was ever a year not to win...” Church laughed as he took the stage to accept the night’s ultimate trophy. “This year, at least for me, has been about loss – loss of life, loss of playing shows, loss of freedom, loss of kids being in school... And you know what the win is? The win is we all were here tonight, together as Country music – in person, live and I believe this, I really believe this: It’s gonna be music that brings us out of this. That is the one thing that’s gonna save the world. Politicians are about division; music is about unity.”Before leaving the stage, the stunned entertainer added as a rallying call, “And I promise you, it’s gonna take everyone in this room to unite.”Now six studio albums into his career, the North Carolinian always approaches things differently. Whether playing back-to-back nights in nearly 30 cities on his 2019 Double Down Tour or pushing himself to new creative limits with his recording process, Church has steadily amassed a faithful congregation – the Church Choir – since 2006’s release of “How ‘Bout You.” Many of those fans took to social media to congratulate the star, with an outpouring of comments proclaiming, “Congratulations Chief!” And it was those fans he was speaking to in the press conference following the awards show.“When you go to a concert and your favorite artist plays your favorite song, and you throw your arm around the person next to you, you don’t worry about whether he’s a Republican or a Democrat, whether he’s pro-life or pro-choice. You’re in that moment and you’re pulling on the rope the same way. I think what we’re missing right now in America is more of the stuff that unites us versus what divides us,” Church shared. “I swear — it’s going to be music that saves us… It’s going to be about how we do it, and how we do it responsibly, and how we show that this is how we’re gonna leave COVID in the dust.”Praised by Esquire as “one of the most singular working artists in any genre,” Church’s foresight with his new music, while written pre-pandemic, still addresses the underlying sense of division that was already palpable in our nation. Whether threw his spoken word piece entitled “Who Will Answer The Call?”, released earlier this year, where he shared a message of resolve, or by offering hope in “Through My Ray-Bans,” Church’s music has already served as a unifier .“There’s a point in the show where I walk out in the crowd and I put my arms around them, we get pictures and it’s what life’s about. It’s that moment... What ‘Through My Ray-Bans’ is about is that I wish we could freeze that and I wish that was how life was — right there, just how I saw you.”