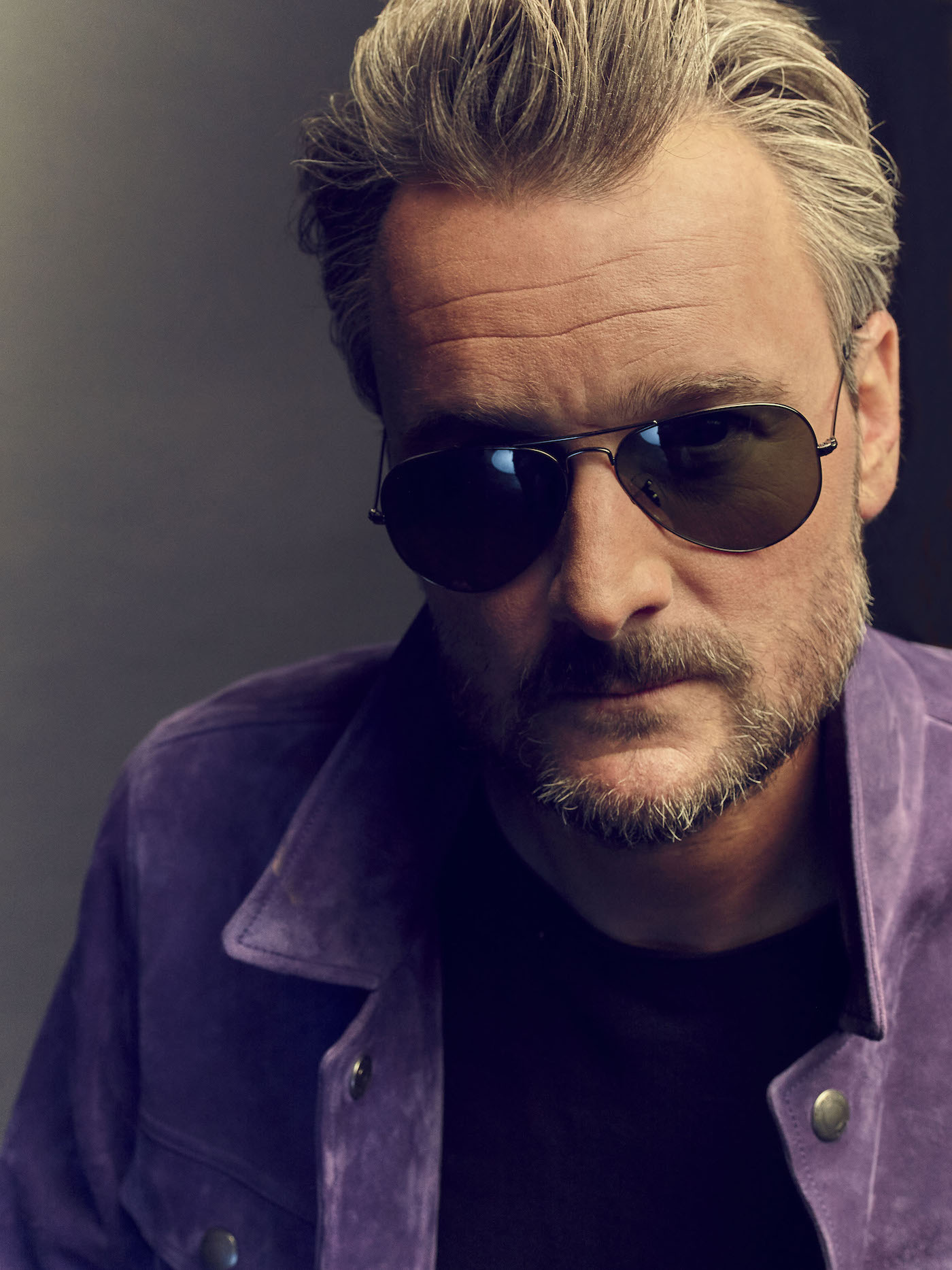 Entertainer of the Year Nominee to Perform Heart Track “Bunch Of Nothing” During This Sunday’s ACM Awards, Airing Live at 8 p.m. ET / 7 p.m. CT on CBS

NASHVILLE, Tenn. — “It’s gonna be the tip of the spear for what’s coming after, and it’s a big spear,” superstar Eric Church declared last summer, when first revealing that new music was on the way. In the nearly 10 months that followed, Church has steadily shared the results of the nearly month-long session during which he wrote and recorded a song from start to finish each day in pursuit of what would eventually become Heart & Soul. The first installment off the three-part project born from that atypical process arrives in full today: Heart is available everywhere now.

Despite career milestones that include 10 chart-topping singles, five Platinum-selling albums, seven ACM Awards, four CMA trophies and 10 GRAMMY nominations, Church still came out of his last album cycle feeling the need to push himself further. Recognizing the level of comfort achieved by recording six highly successful projects with the same team and overall process, he craved the tension and vulnerability that inspires boundless creativity. In his typical fashion, the man Stereogum celebrates as “our greatest working rock star” and Esquire names “one of the most singular working artists in any genre” took that desire to the extreme.

Together with producer Jay Joyce, Church headed to the mountain town of Banner Elk, N.C., where they set up a makeshift recording studio in a restaurant that had closed its doors for the winter. They moved the tables out of the dining room. They turned the basement into a drum booth. They placed microphones around the premises to capture the unique acoustics of the restaurant's barn wood interior. And then, as the weather outside turned frigid, they got to work, bringing rotating groups of songwriters and instrumentalists to the compound every few days.

“There was an interchangeable quality that felt so unique,” Church says of the recording process. “We were eating together, living together, and acting like a big family up there in the mountains. When we’d record, it didn't matter if you were one of the writers or one of the players. It really came down to everyone wanting the song to be born — for the song to come alive — and it was just a matter of who could make it come alive. If you could do that, then you'd be in the studio making it happen. And I’ve never seen that happen before. I've never even heard of that happening.”

Today’s release, the first third of the trilogy, opens with heartland anthem “Heart On Fire” whose greasy, Southern stomp nods to Bob Seger and The Rolling Stones, then sees the influence of Bruce Springsteen (a personal hero as well as the namesake of Chief’s 5x Platinum hit single, “Springsteen”) on “Heart Of The Night” and “Russian Roulette,” two tracks that find Church spinning stories of dead-end towns, fast cars, and the lure of the wide open American highway.

Heart’s overall theme, encapsulated by its own moniker, is evident in “People Break,” a wistful reflection about the realities of moving on, as well as in “Stick That In Your Country Song,” the defiant single which was recorded in a one-take rush to beat an impending power outage as a storm rivaling the song’s own manic energy raged outside.

Rounding out the initial album of the Heart & Soul trio are the endearingly reassuring “Never Break Heart,” which despite being written pre-pandemic seems tailor-made for the realities of the past year, the witty drinking song “Crazyland,” which sees Church playing a brokenhearted barfly surrounded by personified emotions, the twangy words of wisdom in “Bunch Of Nothing” and the closing anthem “Love Shine Down.”

With two installments of the project remaining under wraps until their releases next week – & available exclusively to the Church Choir on Tuesday, April 20, with Soul following for the general public on Friday, April 23 – Church has once again proven what Rolling Stone proclaims to be true in the lead review of the April print issue, on stands now: “Eric Church might look like a tough-guy outlaw who plays by his own rules, but his real gift has been for bending the rules to his will. No recent country artist has maneuvered the Nashville system as successfully, remaining dedicated to the power of down-the-center hitmaking even as he’s helped expand the parameters of the genre.”

Church will perform new music from across the collection next Tuesday, April 20 – including the first ever performance of Soul’s “Rock & Roll Found Me” – as part of an exclusive performance and live Q&A on Amazon Music’s Twitch channel and within the Amazon Music mobile app.

The reigning CMA Entertainer of the Year, who is currently nominated in the same prestigious category at this Sunday’s ACM Awards (along with Male Vocalist of the Year and Music Event of the Year) will also perform Heart track “Bunch of Nothing” during the Awards broadcast. Church will also appear in an ACM Lifting Lives vaccination education PSA premiering during the show, once again emphasizing his belief that widespread vaccination is the key to a return to touring – which he will do this fall via his 55-city The Gather Again Tour. A full list of tour dates for the in-the-round arena shows is available HERE.

“I just want to play shows,” he shared with Billboard in the April 3 cover story depicting the superstar receiving his own second dose of the vaccine. “Those things that unite us are music and sports. The times when, whether you’re a Democrat or Republican or whatever, you throw your arm around the person next to you. We need that. I need that.”