NASHVILLE, Tenn. – Multi-Platinum superstar Eric Church has partnered with real estate and hospitality entrepreneur Ben Weprin as co-owners of new six-story property Chief’s at the corner of 2nd Avenue and Broadway in downtown Nashville, with plans to begin renovating the food, beverage and live entertainment space this year.

“I remember driving through downtown Nashville over 20 years ago with a pawn shop guitar, riding shotgun in a beat-to-hell truck just trying to chase a dream,” reflects Church. “Chief’s is the culmination of catching that dream. Like everything else we do in our career, I wouldn’t even attempt a project like this if I didn’t think it would be the best, so that’s what Chief’s will be: the best.”

With Esquire praising Church as “one of the most singular working artists in any genre,” and Stereogum celebrating him as “one of the biggest touring musicians on earth,” the critically acclaimed entertainer’s passion for live music will be on full display with an intimate seated music venue within the space. His roots in the Carolinas will also be reflected on the rooftop of the former Cotton Eyed Joe building, with renowned Charleston pitmaster and James Beard Award winner Rodney Scott bringing his Whole Hog BBQ to Music City.

“I am beyond excited to not only bring Rodney Scott’s Whole Hog BBQ to Music City, but to also partner with my good friends Eric and Ben on this project,” says Scott. “Anyone who knows me, knows that I love music – so the opportunity to expand the brand in partnership with an award-winning musician makes this project extra special! I can't wait to share our Carolina roots and our whole hog BBQ with the incredible people of Nashville.”

Church, who set the Nissan Stadium concert attendance record of 56,521 across the river from where Chief’s will stand, has been closely involved in the planning process for the venue, which will reflect his storied career of 30 Gold, Platinum and multi-Platinum singles – from his Sinners Like Me debut through current Top 15-and-climbing single “Heart On Fire” and beyond.

“Pairing Eric’s talent and passion for music and his work ethic with a new restaurant, bar, performance hall and more downtown is a recipe for success,” adds Nashville Convention & Visitors Corp CEO Butch Spyridon. “The fact that he is doing this in a historic building that will transform the gateway to historic Second Avenue is truly a bonus as that street recovers from 2020’s unfortunate incident.”

“I am partnering with my closest friend and, in my opinion, the greatest hotel entrepreneur on earth, Ben Weprin, and the greatest barbecue chef in the world, Rodney Scott,” continues Church. “Together we will create an experience unique to Nashville and absolutely unparalleled in the world of music, food, fellowship and entertainment. This is my hometown. This is personal. This matters. Every detail of Chief’s will feel that way. I cannot wait to get started. See you in 2023.”

In addition to launching Chief’s, Church is currently playing in-the-round arena shows across the U.S. and Canada on The Gather Again Tour. Tickets to all dates, including the U.S. finale at New York City’s iconic Madison Square Garden, are on sale now at EricChurch.com. All tour dates will enforce local venue and/or city guidelines regarding COVID-19 precautions and Church is touring with a fully vaccinated crew.

Pitmaster Rodney Scott has been cooking whole-hog barbecue over wood coals since he was 11 years old. For the next 25 years he worked with his family in their BBQ stop in Hemingway, S.C. until 2017 when he opened Rodney Scott’s BBQ in the North Central neighborhood of Charleston, S.C. In that same year, the restaurant was named one of the 50 Best New Restaurants by Bon Appetit Magazine and in 2018, Scott was awarded the James Beard Foundation’s Award for Outstanding Chef Southeast. In 2019, Rodney Scott’s BBQ opened a second location in the Avondale neighborhood of Birmingham, Ala. and in the summer of 2021, a third location in Atlanta, Ga., bringing whole-hog, South Carolina-style barbecue along with his famous “Rodney’s Sauce” to another part of the South.

Rodney has been the subject of a full episode of the award-winning Netflix series “Chef’s Table” and worked as a judge on Food Network’s “BBQ Brawl” for two seasons. His cookbook, Rodney Scott’s World of BBQ, published by Clarkson Potter, was released in the spring of 2021 to great fanfare and named one of the best cookbooks of the year by The New York Times, The Washington Post, Time Out, Taste of Home, Garden & Gun, Southern Living, VICE and Library Journal. 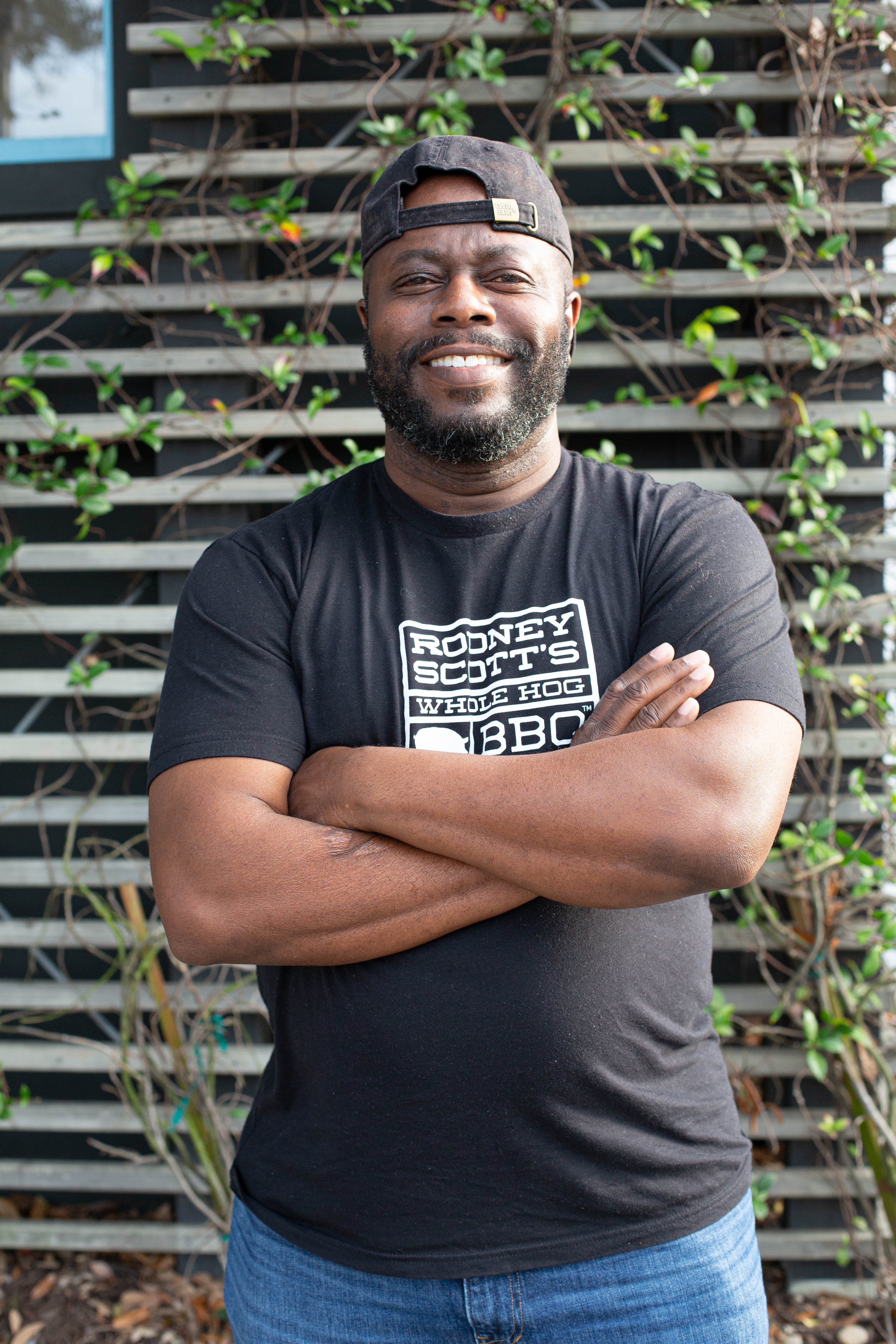