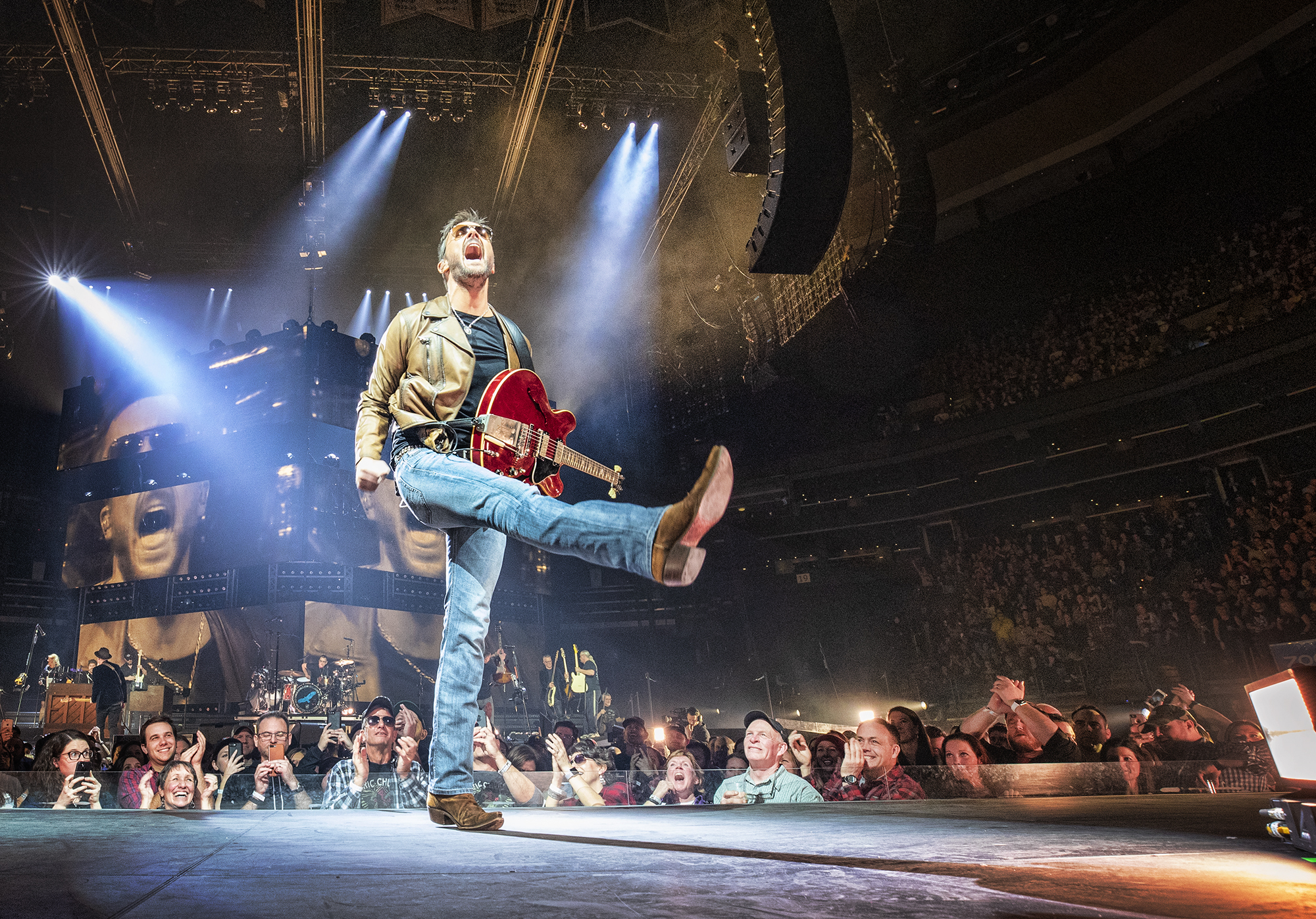 Hey everybody, it’s Eric Church back for the fiftieth episode of “Outsiders Radio.”  The Double Down continues across North America!  These past few weeks I’ve been in Greenville SC, Cleveland, and Dallas.  We’re gonna spotlight the Dallas shows in this edition of Outsiders Radio.  I told the first night audience that this would be “the best concert” they’ll ever see.  We worked hard to live up to that.   As usual we did a bunch of our favorite cover songs, and for Dallas, we drew on the many great legends from the Lone Star State.  Our first cover came from the biggest little band from Texas: ZZ Top.

We just passed the 60th anniversary of “the day the music died,” when Buddy Holly was killed in a plane crash.  Buddy was born & raised in Lubbock TX, so when we were in Dallas, we did one of Buddy’s best-known hits.  After his death, his good friend Sonny Curtis joined his former band-mates in The Crickets.  In 1960, Sonny Curtis wrote THIS song, and it became a hit for another Texas band: The Bobby Fuller Four.  In the 70s, it was a hit for The Clash.  We covered it in our Friday night show in Dallas.

Some more great Texas music that we covered during our shows in Dallas.  Waylon Jennings was actually a member of Buddy Holly’s band for a short time before Buddy’s death.  The story goes that Waylon gave up his seat on the ill-fated plane that crashed, killing Holly, Richie Valens, and The Big Bopper in 1959.  Waylon’s musical career took off in the 70s, when he partnered with Willie Nelson for something that became the Outlaw movement in country music.

Willie Nelson & Merle Haggard on a song written by the late Townes Van Zandt, and one of the songs we covered during our shows in Dallas a few weeks ago.  That song was a great example of the incredible work being done by Texas singer/songwriters in the 70s & 80s.  Others were Rodney Crowell, Robert Earl Keen, Billy Joe Shaver, David Allen Coe, and Jerry Jeff Walker.  We got to honor ALL of them during our Dallas shows.

We can never play enough Waylon Jennings here on Outsider Radio.  We’re spotlighting classic covers from my two Dallas shows.  Five years ago I was part of an amazing show at AT&T Stadium in nearby Arlington TX with George Strait.  It was a memorable night as I joined Kenny Chesney, Jason Aldean, Faith Hill, Miranda Lambert, and Alan Jackson in an all-star tribute show.  Standing on that stage singing this song with George was a night I’ll never forget.

That’s another song I covered during our two shows in Dallas a few weeks ago. We did a bunch of our OWN songs that night too.  We didn’t just do covers (although we probably COULD have).  We did about 30 of our own songs each night, including THIS one, which I wrote with Texas singer songwriter Ray Wylie Hubbard.

A couple of days before our Dallas show, we got word that 80s country star Earl Thomas Conley passed away.  He had an incredible 18 #1 hits during his career.  So many to choose from, but we did THIS song our first night in Dallas.

A few things before we wrap up this edition of Outsiders Radio.  May 9th marks the 30th anniversary of Keith Whitley’s death.  There will be a memorial concert for him at the Country Music Hall of Fame.  There’s also an exhibit there titled The Enduring Voice of Keith Whitley.  We’re just about a month away from our concert in Nashville’s Nissan Stadium.  It’s gonna be a big night.  Between then and now, we have shows in Pittsburgh, Denver, and Los Angeles.  We look forward to seeing you there.  Until then, see you next time on Outsiders Radio.